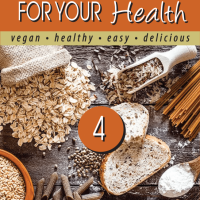 Whole grains are a huge part of a whole food plant-based diet and for good reason. Not only are they delicious and filling but by regularly eating them, they’re able to lower “bad” cholesterol, triglycerides, and blood pressure and are ower the risk of developing cardiovascular disease, type 2 diabetes, metabolic syndrome, and certain types of cancer. That’s good news, indeed. Eating whole grains may even extend your life! 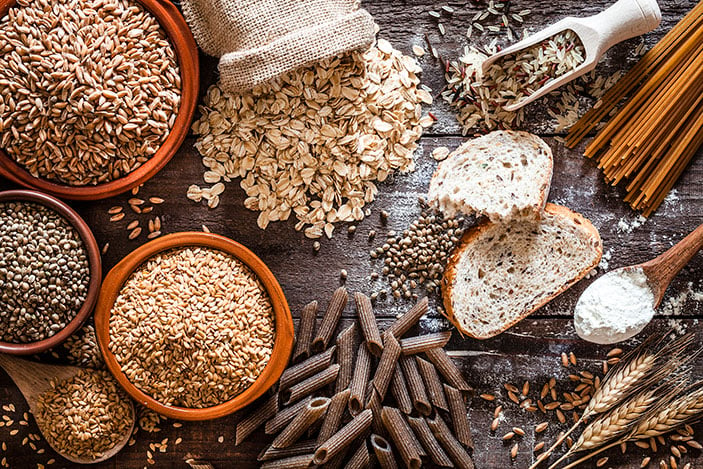 But when it comes to gluten-free alternatives, we sometimes solely rely on rice. Rice milk, rice flour, rice crackers, puffed rice, brown rice syrup – and the list of gluten-free rice-containing products goes on. If you’ve gone gluten-free – and even if you haven’t – chances are these and many other rice-based ingredients are in your pantry and fridge, perhaps in greater quantities than you realize.

We’ve got four great gluten-free substitutes for you below, all of which are naturally gluten-free and also superstars when it comes to nutrition.

They’re not true cereal grasses (i.e. grains), and are technically considered “pseudo-grains.” If you’re unable to find these less-than-common options at your local grocer, you should be able to get them at natural foods stores and at www.bobsredmill.com, and elsewhere online.

As a reminder, all forms of wheat (including spelt, kamut, and einkorn), barley, and rye contain gluten, a naturally-occurring plant protein. While corn, millet, and oats are gluten-free, they contain related proteins that resemble gluten on a molecular level.

Some experts express concern that these related proteins can cause some of the same issues in the body as gluten, and some people may choose to avoid them. 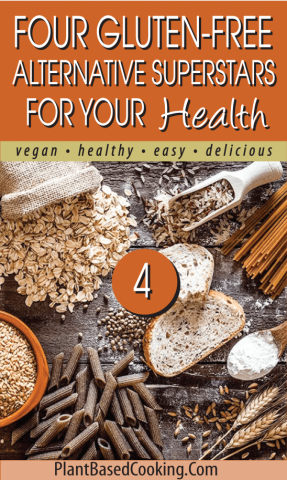 High in protein, manganese, magnesium, phosphorous, folate and copper, quinoa is a nutrient-rich alternative to rice. Although often regarded as a grain, quinoa is actually a 7,000-year-old herbaceous flowering plant from the amaranth family, related to spinach, which originated in the Andean regions of South America.

The seeds of the quinoa plant can be cooked like rice, so it’s a wonderful substitute. Quinoa flour and other derivatives can have an off taste, and it’s also typically more expensive than rice, so it’s not a commonly-used ingredient in processed foods. While white is the most common variety, quinoa is also available in red, black or “tri-color” blends. In terms of recipes, think quinoa black bean corn salad, quinoa pilaf, or kale quinoa soup.

Be sure to rinse quinoa well, otherwise, its natural saponin coating can lend a bitter or soapy taste. Hint: Trader Joe’s has affordably-priced organic quinoa.

Like its relative, quinoa, amaranth is a nutritional superstar, remarkably high in protein as well as manganese, magnesium, potassium, calcium, phosphorous, iron and carotenoids, and as a pseudo-grain, it’s naturally gluten-free.

The tiny amaranth seeds were a staple of the Aztecs and have been cultivated for more than 8,000 years. A rather tall plant with broad leaves and bright red or gold flowers, amaranth originated in Mexico and the Yucatan peninsula but today is cultivated in many locations around the world. Amaranth has a rather dense and gooey quality when cooked and is best used in combination with other foods.

It makes a great plant-based thickener for sauces, soups and stews. In terms of recipes, think amaranth snack bars, risotto or patties. It can also be mixed with other grains and grain substitutes for porridge. In terms of flour, it has a stronger flavor than rice or oats.

Teff, which means “lost” in Amharic – because the teeny-tiny grains are so easy to lose hold of – is a species of lovegrass that’s been cultivated for thousands of years in Ethiopia and Eritrea. The up-side of its diminutive size is that teff cooks quickly compared to other grain-like foods.

Teff is a high-fiber food rich in protein, manganese, iron, and calcium. Most of the seed consists of germ and bran, where nutrients tend to be found. Traditionally, teff has been used to make injera, a delicious sourdough flatbread at the center of Ethiopian cuisine.

Teff can also be cooked like quinoa and served on its own as a side dish, in addition to being made into injera or added to soups, stews or porridges. Ivory teff has a milder flavor than the brown variety. Teff flour can be used for scones, quick-breads, muffins and more.

Despite its name, buckwheat is actually related to rhubarb and sorrel, not wheat, and is naturally gluten-free. Buckwheat does, however, function well as a wheat and grain substitute – think fluffy, delicious buckwheat pancakes! Buckwheat was first cultivated in Asia, eventually making its way across the Middle East to Europe and finally, today, to North America.

Japanese buckwheat noodles, or “soba” noodles, are a staple of that cuisine, but pure buckwheat soba noodles, not mixed with wheat, tend to be quite pricey. Buckwheat is high in manganese, copper, magnesium and phosphorous, and also contains two flavonoids with significant health benefits, rutin, and quercitin.

Buckwheat can be eaten as dark-brown whole groats, also called “kasha,” or can be used as flour, which has a noticeably mild flavor. In addition to pancakes, buckwheat flour is an excellent wheat and rice substitute in muffins, scones, breads, and other baked goods.

I hope you venture out and try some of these gluten-free alternatives and let me know your recipes ideas in the comments below. 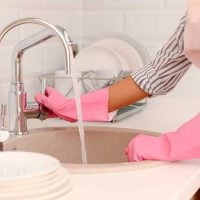 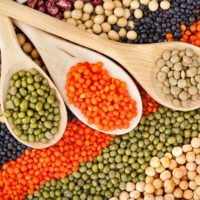 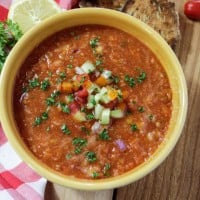