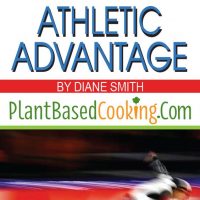 There’s a common perception out there about fitness —the longer and harder you exercise, the better your health – right?

Read on to learn about the little-known risks of high-intensity endurance athletics and how a vegan plant-based diet can help protect your health – and everyone else’s! 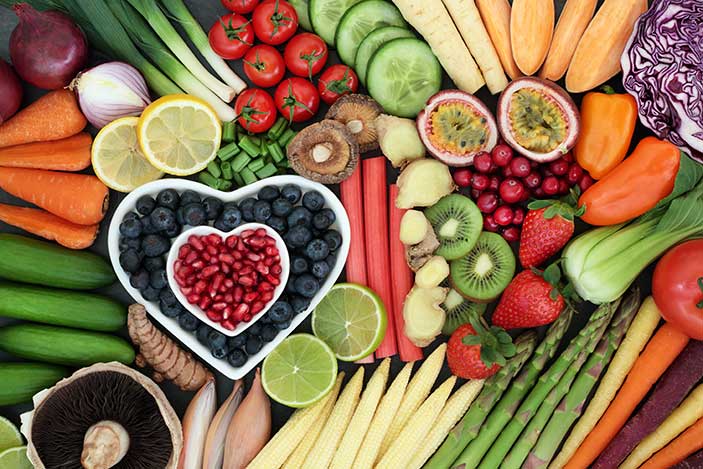 Plant-Based Cooking spoke with plant-based sports dietician Susan Levin, co-author of a recently-published scientific review on the benefits of a plant-based diet for athletes, “Plant-Based Diets for Cardiovascular Safety and Performance in Endurance Sports.” The groundbreaking review was published in the journal “Nutrients” in January.

Levin is director of nutrition education for the Physicians Committee for Responsible Medicine, a nonprofit research and advocacy organization focused on preventive medicine and promotion of a plant-based diet which was founded by plant-based pioneer Dr. Neal Barnard. Levin is a regular contributor to U.S. News & World Report.

This may seem hard to believe, but the science is telling us that endurance athletes are at significantly greater risk of fatty plaques building up in their arteries (a condition known as atherosclerosis) and of heart muscle (myocardial) damage than sedentary folks in their same age group.

“We know from certain studies that even people who run well, or are high-endurance athletes, could still have plaque in their arteries. They could still be very sick on the inside while seeming very fit on the outside,” Levin said.

“That should tell people that just exercising alone even at a high elite level is not protective to your heart, and in fact can actually be damaging to your heart.  Older endurance athletes may have more plaque than someone who’s the same age who isn’t that elite of an athlete. Can exercise actually damage your heart? Well, maybe, extreme exercise that is,” Levin said.

What does the research say?

A 2017 study from the United Kingdom found that twice as many middle-aged and older endurance cyclists and runners had developed coronary plaques (44 percent) compared with their inactive age-group cohorts (22 percent). 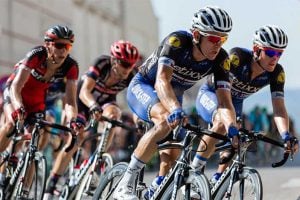 It gets even more intense – a 2008 German study of marathon runners age 50 years or older found that three times as many of these runners (12 percent) had sustained myocardial damage compared with their more sedentary counterparts (4 percent). Not only that, but the degree of heart damage could be predicted by the number of marathons run.

It’s not clear to researchers whether endurance sports themselves or the diets used to fuel these activities are responsible for the increased risk of heart disease in endurance athletes.

In addition to the increased risk of cardiac “events” (medical incidents that can damage heart muscle, such as heart attacks), atherosclerosis can also impair athletic performance by narrowing arteries and reducing blood flow to the arms, legs, brain and other parts of the body.

While plant-based diets support heart health in anyone and everyone, this whole food vegan lifestyle is especially indicated for endurance athletes.

“We know then (because of increased heart disease risk) that it would be even more important for endurance athletes, or any athlete, to adopt a diet that has been clinically shown to be most effective to reverse plaque, not only prevent plaque. The only diet we’ve seen have that kind of a phenomenal protective effect is a low-fat plant-based diet,” Levin said.

Dr. Dean Ornish from San Francisco was the first one to publish a prominent study about diet reversing arterial damage in 82 percent of study participants, Levin said. Ornish did this by using a very low-fat, 10-15 percent, plant-based diet. Participants also engaged in moderate exercise and stress management and didn’t use tobacco.

Ornish is the founder of the Preventive Medicine Research Institute in Sausalito, California, a clinical professor of medicine at the University of California, San Francisco, and the author of three books, including “Eat More, Weigh Less” and “Dr. Dean Ornish’s Program for Reversing Heart Disease.”

From the 1970s to the 1990s, Ornish studied the effects of diet and stress on heart disease. He’s widely-known for pioneering the use of a plant-based (non-vegan) diet along with lifestyle changes such as moderate exercise, smoking cessation, meditation, yoga and psychosocial support to reverse heart disease and other chronic illnesses. Ornish has been critical of diets high in animal fats and protein.

In 1993, Ornish’s program was the first heart disease treatment to qualify for insurance reimbursement that didn’t rely on surgery or pharmaceuticals. The program included support groups, meditation, and exercise.

“We have the groundwork. Diet can be extremely powerful when it comes to heart disease,” Levin said.

According to the “Nutrients” study, there are four core contributing factors to heart disease that are ameliorated by a whole food plant-based diet.

Exercise is a Health Tonic

Aside from the cardiovascular impacts of more extreme endurance sports, science tells us that exercise, even very gentle exercise, offers substantial health and wellness benefits. Exercise is a mood booster that can reduce stress and symptoms of anxiety and depression.

Exercise can help ward off chronic illnesses such as heart disease and diabetes by lowering blood pressure and blood fat while it improves insulin sensitivity, cardiovascular fitness, and body composition. And if that’s not enough, exercise increases metabolism in support of weight loss, supports brain function, thinking skills and memory, increases energy levels, strengthens muscles and enhances bone density, improves sleep quality and so much more!

Get out there and get moving!

Eat Well and Live Longer, No Matter How Hard You Exercise!

But there’s hope for everyone, no matter your activity level, in the form of a low-fat whole food plant-based diet.

Give food a chance!

This is the second of two articles on the benefits of a whole food plant-based vegan diet for athletes – and everyone else. Please check out the first article, “The Science of Plant-Based Athletic Advantage” to learn how and why a plant-based diet supports athletic performance. 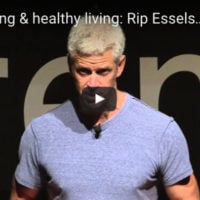 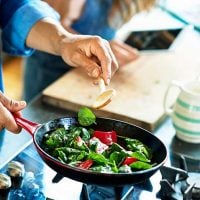 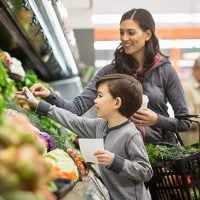