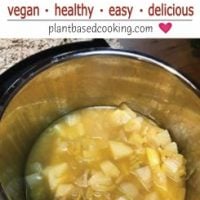 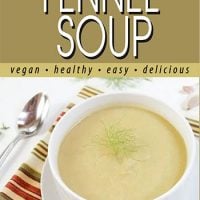 It’s my second month as a member of Recipe Redux, and I’m excited to bring you this month’s challenge.

Although the Recipe Redux challenges are no longer active, they were a great motivation to try something new.

Try using either a pressure cooker, Instant Pot, or slow cooker to keep your kitchen cooler during these hot days! And, what better way to stay cool than with a cool Vichyssoise with Fennel Soup?

This vichyssoise is a different, healthier, plant-based take on the traditional vichyssoise, which is made with leeks, potatoes, chicken broth, butter, and cream.

But this version is still oh-so-creamy! By blending the onions, potatoes, and vegetable broth and adding a bit of non-dairy milk, it’s just as creamy as the real Vichyssoise.

You can’t go wrong with a creamy, warm soup: 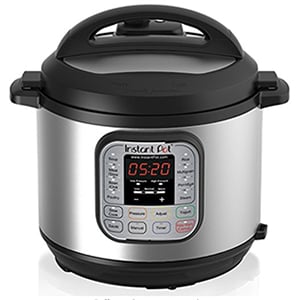 So many people were singing the praises of the Instant Pot that I had to have one, and it hasn’t disappointed. It does both slow cooking and pressurizing, which is great for getting you out of the kitchen faster.

This recipe was easy as could be with a quick chop of your ingredients and a cook time of only 10 minutes you’re almost done.

All you need to do to finish is either use an immersion blender or carefully put the ingredients into a blender to blend until smooth.

If you’ve never tried fennel, it has a bit of a licorice flavor and is also great roasted in the oven with other vegetables, which makes it sweeter.

Though, if it’s not to your liking, just leave it out, and you’ll still have one creamy, delicious summer Vichyssoise treat.

I’d love to hear your feedback in the comments below for this Vichyssoise with Fennel Recipe! If you have a photo, post it on my Instagram page, tag me using the hashtag #plantbasedcooking in your caption, and I won’t miss it! 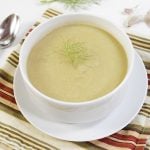 This vichyssoise is a healthier, plant-based take on the traditional and is made creamy with cashews and unsweetened non-dairy milk.
Prep Time15 mins
Cook Time10 mins
Total Time25 mins
Servings: 6 people