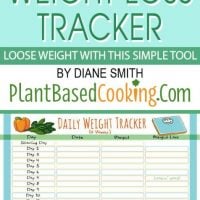 Who doesn’t want to look and feel their best? Have you noticed that life is just better all-around when we’re at the best weight for our height and body type? We feel lighter, more graceful and more “at home” in our bodies.

Our clothes look and feel better and we have an enhanced sense of confidence and self-esteem that seems to spill over into everything we do.

I feel my best when I’m at my ideal weight, and you probably do, too! That's why this daily weight loss tracker is so beneficial to keeping you on track to a healthier you. 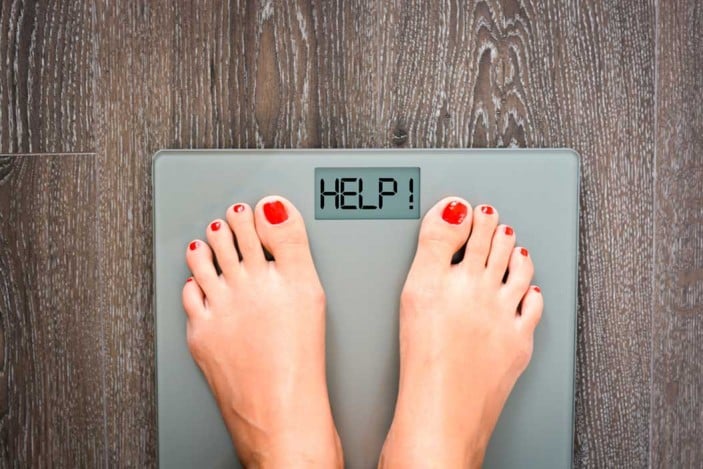 Being slender enhances my self-esteem and self-respect. There’s a deep inner satisfaction that comes from having done the hard work of reaching my goal, from successfully resisting temptation and unhealthy eating, a kind of uplifted “Yes, I did it!” that makes me hold my head up just a little bit higher. It's easier when using a weight loss tracker.

Also, like me, however, you’re probably familiar with the unpleasant sensations accompanying unintended weight gain: tight and ill-fitting clothing – what I call the “nothing to wear” syndrome (no matter how many clothing choices we have), feeling bloated and chunky, and not liking what we see when we look in the mirror.

Clearly weight gain is not a good way to start the day!

I’ve found that weighing myself daily helps me keep myself focused on how what and when I’m eating and how my body is responding. In fact, I developed this cute and handy tool to keep me motivated and on track, a chart that I call the Daily Weight Tracker.

This tracker was inspired by some ideas in a book that I read, but as it turns out, there’s scientific evidence to back up its use as well as daily weight self-monitoring.

PRINT THIS CHART to use this simple method of tracking your weight EVERY day. You just might lose weight! 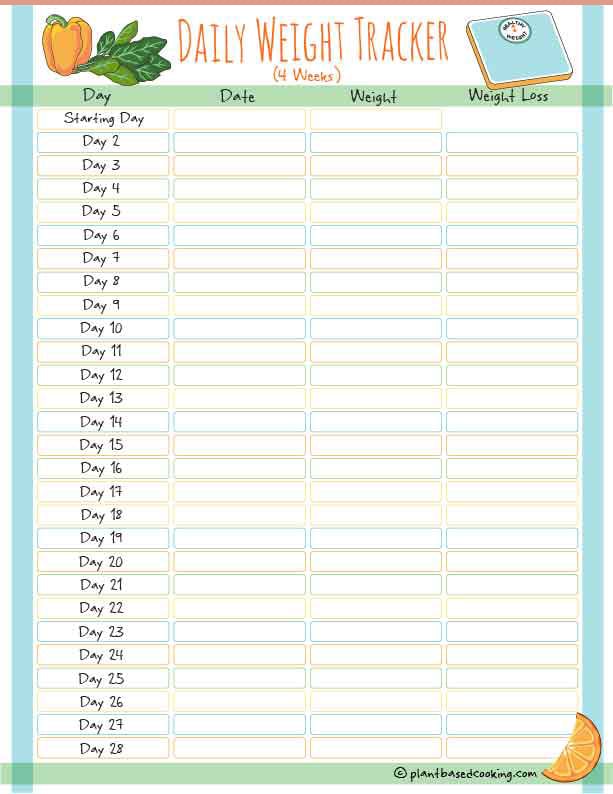 As you may be aware, the conventional wisdom has long been to weigh yourself once a week for best weight-loss results. But, there’s a growing body of scientific research indicating that more frequent self-weighing is actually the more effective choice. My free weight tracker can help!

For instance, a 2018 study from the University of Pittsburgh School of Medicine and the University of California San Francisco School of Medicine discovered that those who weighed themselves daily lost more weight than those who weighed themselves less frequently or not at all. Researchers tracked the daily habits of more than 1,000 adults for a year.

And, yes, there’s evidence that tracking your weight is helpful, according to what researchers at Cornell University School of Medicine found in a two-year study of 162 individuals who wanted to lose weight.

Those individuals who weighed themselves daily and used a lose weight tracker chart “lost weight and kept it off.” Interestingly enough, these results were stronger for men than for women, but both genders benefited from the practice.

David Levitsky, the paper's senior author and a professor of nutrition and psychology at Cornell, told the Washington Post that recording one’s weight “forces you to be aware of the connection between your eating and your weight.”

“It used to be taught that you shouldn't weigh yourself daily, and this is just the reverse,” he said.

What was most significant in the Cornell study was not the amount that participants lost, which was, in fact,  small, but that they kept the weight off for two years. Studies show that 40 percent of what weight individuals lose is regained within the course of a year, so these results are impressive.

Another study found that college freshmen who weighed themselves daily gained no weight in the first 12 weeks of school, compared to their fellow freshmen who gained five pounds on average.

“Stepping on the scales should be like brushing your teeth,” Levitsky told USA Today.

Keep in mind that weight fluctuates not just from day to day but from hour to hour. Whether you’ve had a bowel movement and how much food and how many beverages you’ve consumed can affect these fluctuations.

Also keep in mind that significant weight gain or loss of, say, a pound or more in the span of a single day are most likely related primarily to water retention, not changes in fat composition, according to Harvard University Medical School.

Daily Weigh-Ins Are Not Right For Everyone, However

"If you find weighing yourself makes you upset or makes you lose motivation, or makes you obsessed with the scale, then I do not recommend you weigh yourself every day,” Martha McKittick, a registered dietician, told CBS News.

I'd love to hear your feedback in the comments below! Have you had success losing weight recently or used the scale as your motivation? 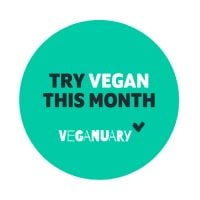 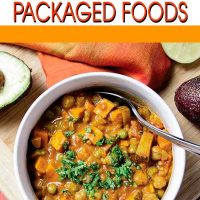 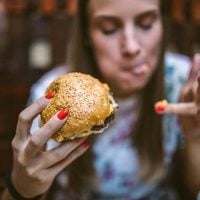