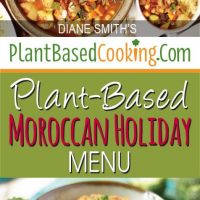 Wasn’t it just January? The months seem to slip by quickly, and with Thanksgiving behind us, it’s time to think about our holiday meal (if you’re celebrating, of course). I’m sharing something a little different than what you might typically expect for a holiday meal, my plant-based Moroccan Holiday Menu. I’ve made this on previous holidays, and my family loves it. Of course, it’s plant-based and vegan. (Click on each photo for the recipe or scroll down a little further for the whole menu & links.) 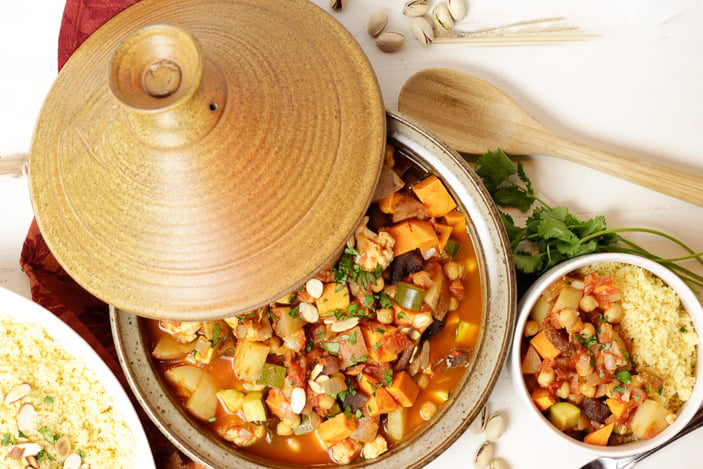 I’m hoping it’ll spark your cooking creativity. It’s good to think out of the box occasionally, don’t you think? Keep reading to see the complete plan below. 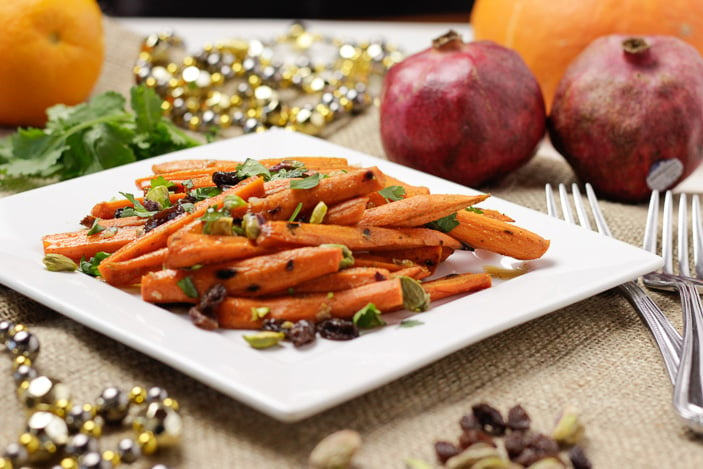 Moroccan cuisine is a mix of different cultures and includes a delicious mix of sweet and savory spices such as cumin, saffron, cardamom, ginger, turmeric, and cinnamon. 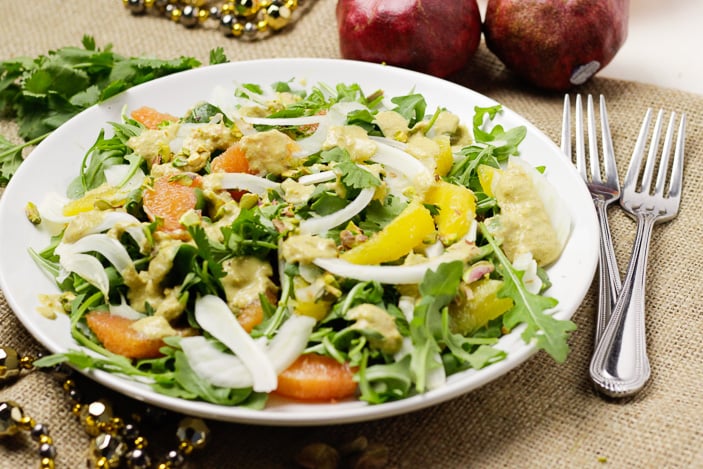 It sounds similar to Indian, but according to Taste of Home, Moroccan food’s flavors are “mainly influenced by both its European and Mediterranean neighbors, but traditional African, Middle Eastern and even South American flavors make their way into favorite Moroccan dishes, too.” 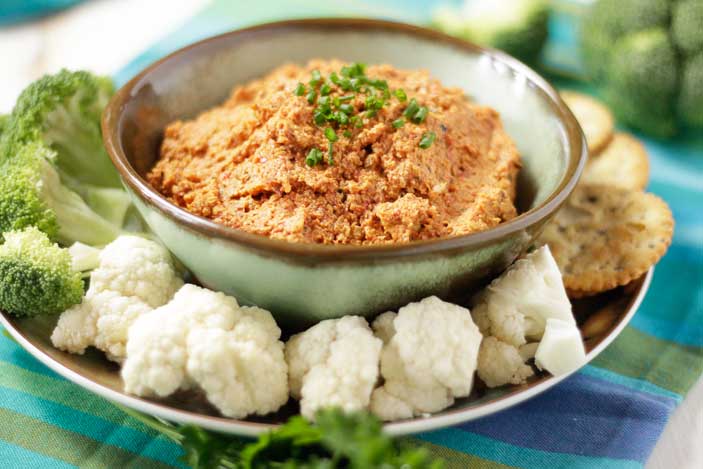 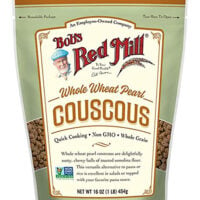 You may be most familiar with what’s considered the national dish of Morocco,  couscous, a very small pasta made from semolina wheat. I’ve also seen larger versions of this pasta, such as this one from Bob’s Red Mill, a whole wheat version.

If you’re gluten-free, it’s easy to swap out another grain for the Chickpea Vegetable Tagine dish.

I find this meal especially fun because I use a ceramic dish called a tagine, typically used in Moroccan cooking. It’s also the name of the dish that’s cooked in it, which is a slow-cooked stew that includes a variety of vegetables, dried fruits, and nuts. Typically it would include meat, but it’s easy to keep it plant-based by leaving it out.

Learn more about this popular cuisine in this article.

Moroccan meals often start with soup, but for this holiday meal, I like the idea of something cool and refreshing, especially since we’ll have lots of vegetables in the main course.

DESSERT (choose one or two):

I hope you find this Moroccan Menu intriguing and perhaps give it a try. Let me know if you celebrate the holidays with unique plant-based dishes, as I’d love to see what your family traditions are. 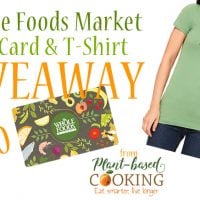 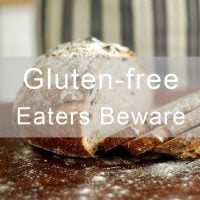 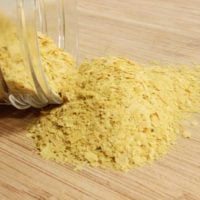