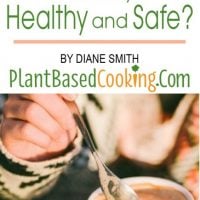 In my previous articles on sugar and sweeteners, we’ve learned why added sugar is so bad for you and how to avoid it, how mineral deficiencies can cause sugar cravings, and how the sugar in whole fruit is fundamentally different from other sugar.

We’ve also taken a look at date sugar and blackstrap molasses, the only two plant-based sweeteners with any significant nutritional value. Also, separating fact from fiction when it comes to the increasingly popular coconut sugar and its close cousin evaporated cane juice (Sucanat). 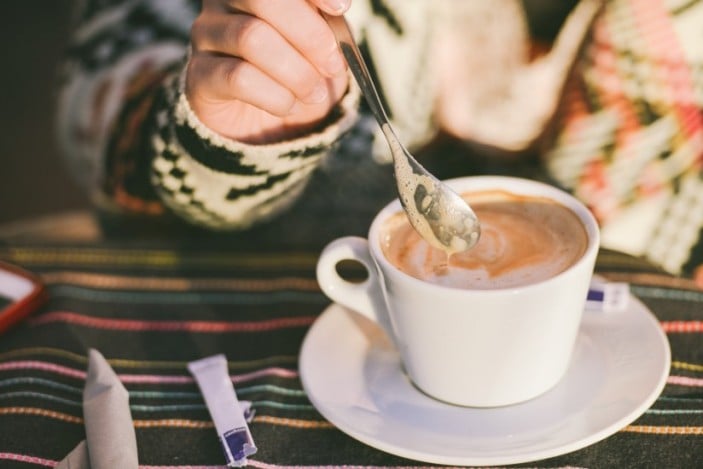 In this article, the final in my series on sugar, we’ll look at four so-called “natural” zero-calorie sweeteners: stevia, monk fruit, erythritol, and xylitol, and see if, when, where, and how we should make use of them. Which of these are considered plant-based diet sweeteners?

A Word of Caution

Zero-calorie sweeteners certainly have their appeal if you’re trying to lose weight and possibly if you have diabetes or a related disorder. Sugar substitutes are not whole foods so in general, we’d want to avoid these, but a sweet treat once in a while, might work for you.

But according to a 2015 study that looked at artificial sweeteners as well as monk fruit and stevia, there is some overarching concern that non-nutritive sweeteners, or NNS, may promote what’s known as “metabolic dysregulation.”

What does this mean, you ask? For one thing, NNS may interfere with healthy gut bacteria. A healthy gut microbiome is essential for immune function, proper digestion, and other body functions. NNS may also impact glucose absorption and trigger the release of the hormone insulin, which regulates blood sugar levels and has other negative metabolic effects.

Of course, everything in moderation. The study looked at consumption of NNS primarily in diet sodas, which might be larger quantities of NNS than average plant-based eaters might ordinarily consume.

The study did not look at the impacts of erythritol or xylitol, the other two NNS we consider in this article.

Monk fruit, also known as luo han guo, is an extremely sweet small tropical melon native to Thailand and southern China. The monk fruit plant is traditionally used as a sweetener and to treat coughs and sore throats in traditional Chinese medicine.

Monk fruit extract is about a whopping 300 times sweeter than table sugar, which makes it an optimal choice for a plant-based sugar. The patent for processing monk fruit into a commercially available sweetener was issued in 1995, so it’s a fairly new addition to the sweetener lineup in the industrialized world.

Its powdered form has little to no calories and has no known side effects. One government study has suggested that monk fruit might have anti-inflammatory effects.

Monk fruit is heat stable and can be used to sweeten baked goods and just about anything else. Because it’s so sweet, if you’re wanting to use it as a 1:1 substitution for sugar in recipes, you’ll want to use a blend that cuts the monk fruit powder with dextrose, such as Monk Fruit In the Raw brand Bakers Bag or Lakanto Monkfruit Sugar-Free Baking Sweetener with Erythritol.

So, what, if anything, is the problem?

Unfortunately, it may not be recommended for some people. Although Monk fruit doesn’t raise blood sugar when you first eat it, according to Dr. Michael Greger’s video, Is Monk Fruit Sweetener Safe, it may raise it later in the day. He wanders around a bit before getting to the nitty-gritty at minute 2:20 in the video.

Dr. Greger points out in the video that while blood sugar does not spike initially after eating monk frit (and others in the study he covers), it averages out at the end of the day to be the same when compared to those eating real sugar.

Monk fruit is difficult to grow and import, so it tends to be pricey compared to other natural sweeteners and could be too costly for some folks to use on a regular basis. Some people also find it has a bit of a fruity taste, but you’ll have to see for yourself.

Stevia, as it’s commonly known, is an herbal sweetener derived from the leaves of the small South American shrub, stevia rebaudiana. Rebaudioside and stevioside are the main active compounds that are isolated using heat and chemicals. It is not a sugar alcohol as discussed in the next section.

So stevia, while generally referred to as “natural,” is not in fact what would be considered a whole food, with some alleging that the manufacturing process is toxic and that therefore stevia is no more natural than zero-calorie artificial sweeteners.

Stevia has been around commercially quite a bit longer than monk fruit, and as a health-conscious reader, you may be familiar with it already. Stevia is typically sold in the form of a very fine white powder, although it’s also available as a liquid.

You might recall it as that natural sweetener that has zero calories but also has a bit of a bitter or licorice-like aftertaste. That seems to be the most common objection to stevia, which is that many people simply don’t like the flavor. Trying out different brands can be helpful, as some tend to have significantly more of that typically stevia aftertaste than others.

Like monk fruit, stevia is also much, much sweeter than table sugar – 200-300 times sweeter – and so a very little goes a long way. Also like monk fruit, stevia is also not known for its affordability, but you are, however, more likely to find it on conventional grocery store shelves – alone or (under the brand name Truvia) in combination with erythritol (see below).

Stevia has been used as a sweetener in Japan for decades, and the European Union approved its use as an additive in 2011. While food-grade stevia has GRAS (generally recognized as safe) status in the United States, there has been some controversy over its safety, including objections to GRAS status from the Center for Science in the Public Interest.

A 2008 UCLA study found that high doses of stevia caused mutagenic cellular changes in laboratory rats. (Mutagenic agents change the genetic material of an organism. Most mutagens are also carcinogenic, or cancer-causing.)

Other studies have found that stevia causes no harm.

And, some studies show that stevia doesn’t raise blood sugar. However, like monk fruit, it may later in the day with a different meal, according to this study.

What’s missing from the scientific evidence are long-term studies of the safety of human consumption.

Sugar Alcohols and the Erythritol Difference

For starters, sugar alcohols are technically not zero-calorie, but they are closer to it than most sweeteners, coming in at about 2 calories per gram. Unlike monk fruit and stevia, they do, with one exception, affect blood sugar levels, although less than sugar would.

Sugar alcohols such as erythritol, xylitol, mannitol, maltitol, lactitol, isomalt, and sorbitol occur naturally in and are derived from plant matter. Xylitol, for instance, can be manufactured from birch tree bark or from corn cobs

Like other non-nutritive sweeteners, sugar alcohols are highly processed and are by no means considered one of the whole food plant-based sweeteners. They are listed separately as “sugar alcohols” under the “total carbohydrate” section of nutrition labels. Some foods and beverages combine sugar alcohols with plain old sugar, so be on the lookout for that if you want to avoid refined sugars altogether.

Because sugar alcohols, with the exception of erythritol, are not absorbed by the body, they can have a laxative effect relative to the quantity consumed. (About 60-90 percent of erythritol is absorbed into the bloodstream.) If you down that whole pint of “sugar-free” ice cream made with sugar alcohols, you can expect some problems. But if you just eat one serving, you might just be OK. It’s a process of trial and error to see how reactive you as an individual are to this stuff.

Erythritol, derived from pears and grapes, is the one sugar alcohol recommended by plant-based pioneer Dr. Michael Greger, precisely because it is (at least partly) digested by the body and isn’t known to cause gastrointestinal distress. Erythritol may also have antioxidant properties.

Erythritol has the least amount of impact on blood sugar levels of all the sugar alcohols, and at 0.2 calories per gram, is virtually calorie-free. On the downside, erythritol tends to be more costly than other sugar alcohols.

And a quick shout out to xylitol, which may offer some cavity protection by preventing the adherence of bacteria to teeth.

Sugar alcohols are available online and at most natural grocers and are commonly added to “sugar-free” food products. Some sugar alcohols may be available at conventional grocers, either alone or in combination with other NNS such as stevia.

Pros and Cons to Non-Nutritive Sweeteners

As you can see, non-nutritive sweeteners vary widely in their advantages and disadvantages. Depending on your personal situation, taking into account everything from your food budget to your health status, some NNS may make more sense for you than others.

Or, alternatively, you may decide to stick with less processed albeit higher calorie options such as date sugar, blackstrap molasses, coconut sugar, and evaporated cane juice.

Or, even better, how about a piece of fresh fruit?

Added sweeteners can have their place for some individuals in an otherwise well-rounded, balanced plant-based diet, but are best consumed in moderation – if at all. 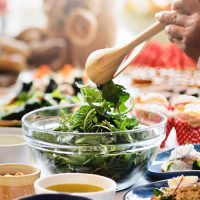 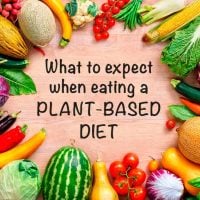