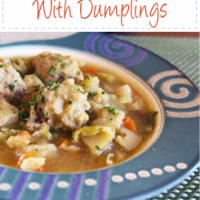 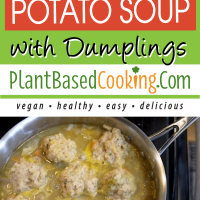 With St. Patrick’s Day right around the corner, it’s a good time to post an Irish cabbage soup recipe! And, I was craving dumplings, too, which I almost never make. I decided to test it out in my new Instant Pot that arrived a few days ago. What a gem! 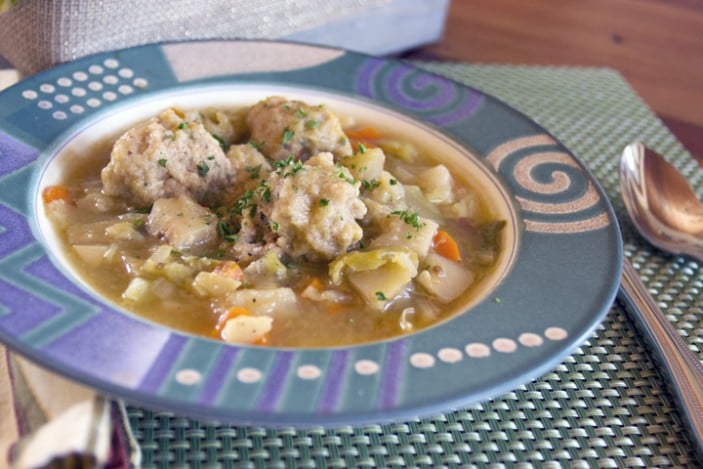 This bad boy is not only a pressure cooker, but it also slow cooks, sautes and makes yogurt. I purchased the 7-in-1 multifunctional one. Probably the hardest part is getting use to the controls, but once you’re on it, you’ll whip up meals faster than you can say, “What’s for dinner?” 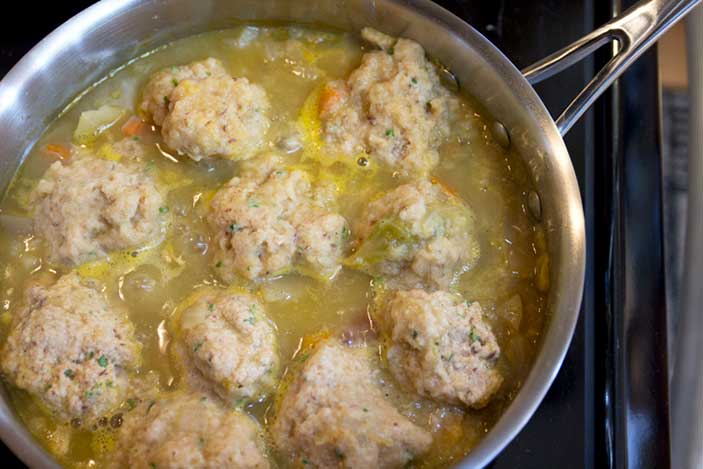 I pressure cooked this recipe by first sautéing the onion and garlic and then threw in the rest. If you’re using an Instant Pot, set it on “soup” for 30 minutes and, voila, dinner is done.

I think I would do it for less time next time because the vegetables were a little too done. If you want to cook this on the stove, follow the same directions, basically, checking to see then the potatoes and carrots are done.

Be sure to try these plant-based soup recipes: 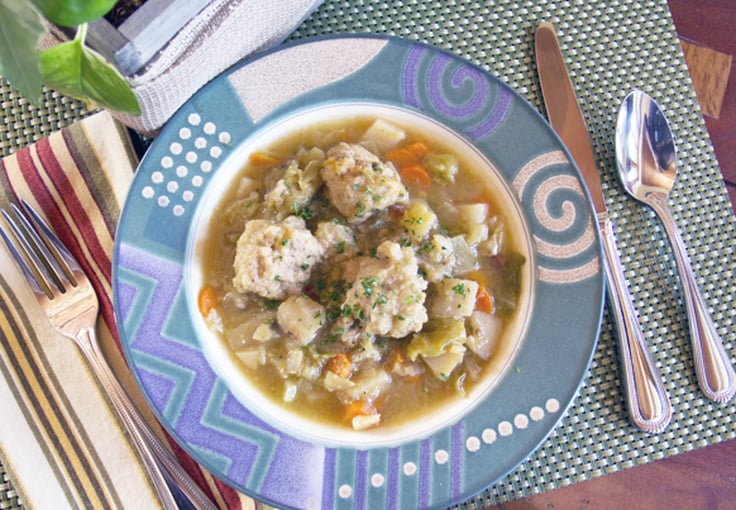 The dumplings are very easy. I dropped spoonfuls of the dumping mixture right on top of the soup and let them cook for another 10 minutes or so on saute. Be sure to make them on the smallish size because they get larger as they cook.

What a healthy treat for St. Patrick’s Day. Next job for the Instant Pot, pressure cooked beans from scratch.

I’d love to hear your feedback in the comments below for this Irish Cabbage Potato Soup with Dumplings ! If you have a photo, post it on my Facebook page, tag me using the hashtag #plantbasedcooking in your caption, and I won’t miss it!

Print Recipe
Irish Cabbage Potato Soup with Dumplings
This Irish Cabbage Soup is filled with potatoes, carrots and cabbage and a simple vegetable stock. After making in the Instant Pot, you will cook the whole wheat dumplings and serve straight from the pot.