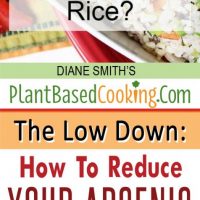 Does Rice have Arsenic in It?

Perhaps you’ve heard about arsenic in rice and are wondering what, if anything, you should be doing about it?

With all the food, health, and environmental concerns out there, it can be hard for the average consumer to know what to take seriously. But inorganic arsenic, a naturally-occurring trace element, is extremely toxic to humans. Its presence in rice is definitely worth paying attention to. Read on for the lowdown on arsenic in rice. 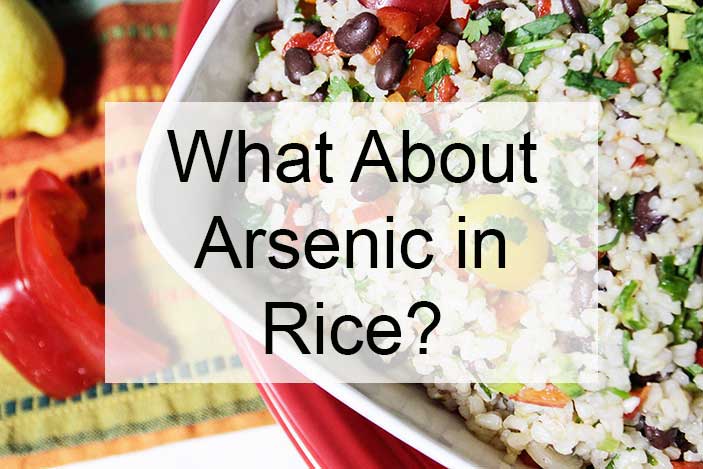 What is Arsenic and Why is it in Our Rice?

While it’s true that inorganic arsenic naturally occurs in soil and rocks or dissolved in water, levels have increased in modern times due to environmental pollution, including the use of arsenic-containing pesticides. (Organic arsenic, found in seafood and other animal and plant tissues, is considerably less toxic.)

Inorganic arsenic is taken up by plant roots and is found in nearly all foods in minute amounts. However, because rice absorbs so much water as it grows, it also tends to bio-accumulate arsenic, that is, absorb arsenic more readily than other common crops such as wheat or rye.

As for other grains (and pseudo-grains), arsenic is found in varying amounts in quinoa, but at lower levels than in rice. Bulgur wheat, barley, amaranth, buckwheat, millet, and corn grits all have negligible levels.

According to the World Health Organization, long-term exposure to inorganic arsenic from drinking water and food can cause skin lesions and cancer, and may also be associated with birth defects, negative pregnancy outcomes, negative impacts on child health and cognitive development, infant mortality, lung and heart disease, neurotoxicity, and diabetes.

So, does this mean we should all just stop eating rice? Maybe…

There are some precautions you can take to minimize arsenic exposure for you and your family. And keep in mind that you can get all of the nutrients in rice from other sources! Dr. Michael Greger recommends if possible to make other choices. He has several videos on the subject or you can check out his video, How Much Arsenic in Rice is Too Much?

HOW TO REDUCE YOUR ARSENIC EXPOSURE

Why is there arsenic in rice? For one thing, arsenic accumulates in the rice hull. So, brown rice, which retains the hull, has 80 percent more arsenic on average than white rice of the same type. You might want to shake it up a bit if you’ve been relying exclusively on brown, despite its nutritional advantages.

Arsenic content, according to Consumer Reports, varies widely depending on the type of rice and where it was grown. White basmati from California, India, and Pakistan, and domestic sushi rice have on average about half the arsenic of most other types of rice.

Brown basmati from California, India, and Pakistan has about a third less arsenic than other brown rice. All California white rice and domestic quick-cooking rice have lower levels of arsenic than rice from Arkansas, Texas or Louisiana, or rice labeled “United States.”

What about organic rice and arsenic? Since organic and conventionally-grown rice absorb arsenic, in the same way, organic rice offers no advantage in this regard.

Change the Way You Prepare Rice

You can reduce arsenic exposure by about 30 percent through proper preparation. Be sure to rinse the rice well and then cook using a ratio of six cups water to one cup rice. This is a traditional Asian method. Cooking rice by allowing the grain to absorb all the water, as Americans typically do, retains more nutrients and more arsenic.

This method works even better, reducing arsenic in brown rice by 50% and white rice by 75%. Boil 4 cups of water to every 1 cup of rice you’ll be cooking. Add raw rice to the boiling water and boil for 5 minutes. Drain, return the rice to the pan. Add 2 cups of water to every 1 cup of raw rice and cook according to the package. Brown rice usually about 45 minutes, white rice, about 20.

Consumer Reports has devised a point system that they call the “New Rice Rules” and created a handy chart to help you track your weekly consumption of rice-containing products. Scroll down the page on this link to see the chart.

Whole-grain brown rice continues to have an honored place in a plant-based diet. That is, as long as it’s properly sourced and prepared, and consumed in moderation. Rice is a good source of minerals, such as calcium and iron, and vitamins, such as niacin, riboflavin and Vitamin D.

Brown rice is also a good source of fiber. The main thing is not to over-rely on rice, but to eat a varied diet. Incorporate healthy and nutritious rice alternatives such as quinoa, amaranth, teff, millet, buckwheat, corn, wheat, barley and rye into your diet. 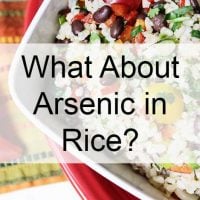 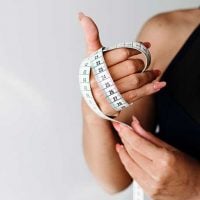 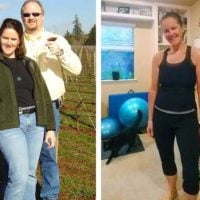