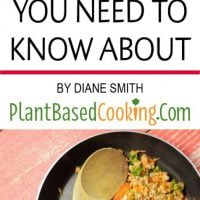 These days it can seem like everyone is jumping on the high-protein bandwagon. In fact, some folks may even hesitate when it comes to adopting a healthy, whole foods vegan plant-based lifestyle due to concerns about getting enough vegan protein.

You can rest assured, however, whatever your reasons for needing abundant protein – whether you’re an athlete or a diabetic on a low-carb diet, a whole-food, plant-based diet can provide more than enough.

While you probably know other high-protein plant foods such as legumes, nuts, and tofu, in this article, I discuss three high-protein vegan plant foods that you may not be familiar with. They may sound exotic, but they’re all delicious and once you get used to them they’ll quickly become part of your diet. And good news for those on special diets – seitan is soy-free, while tempeh and edamame are both gluten-free. 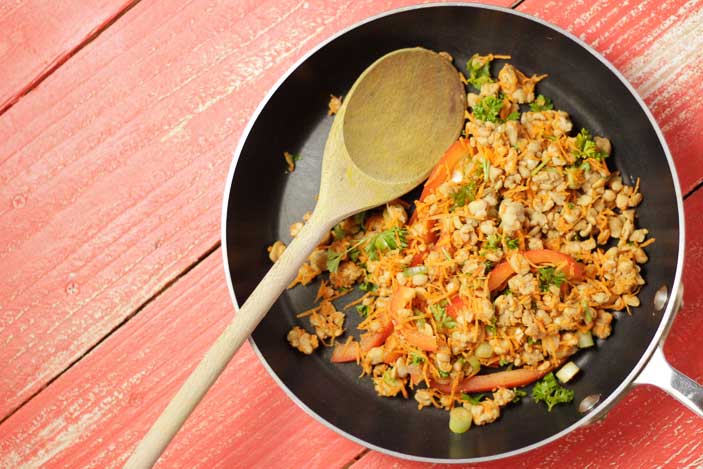 Seitan (pronounced SAY-tahn or SAY-tan) is a Japanese word that basically translates as “made of protein.” The term was coined in 1961 by George Ohsawa, the founder of the macrobiotic philosophy and diet, although seitan has been prepared for more than 1,000 years by vegetarian Zen Buddhist monks in Japan and China.

Seitan is fat-free, low-carb, low-calorie, and extraordinarily high in protein (in fact, it has as much protein as lean beef). Seitan has an unusually dense and chewy texture for a plant-based food and it’s often used as a substitute for chicken or duck in vegetarian Chinese and Vietnamese cuisine.

Seitan is made from washing wheat flour dough until all the starch has been removed and just the sticky gluten (the main protein in wheat) remains.

Seitan must be cooked before eating. You can boil, broil, bake or saute it and then slice into sandwiches, such as this vegan corned beef sandwich, the Radical Reuben (scroll down for the recipe). It can be served as a “log” or cut into cubes for hearty stews and soups. The options are endless. (However, for a ground meat substitute, crumbled tempeh is a better choice, see below.)

Please note: If you’re on a salt-restricted diet, commercial seitan is often seasoned with tamari (soy sauce) and can be high in sodium. You can make your own fresh seitan at home by boiling vital wheat gluten, available at natural foods stores and at many online retailers, such as Bob’s Red Mill and Amazon. Just remember to skip the tamari if you’re concerned about salt.

If you’re unfamiliar with seitan, be sure to check out my helpful article, “Seitan – Protein-Packed Meat Alternative,” which is full of information.

Tempeh is a staple of Indonesian cuisine, while tofu, its soybean-based sister with one-third less protein (20g per cup), is believed to have originated in China. Some people find tempeh (pronounced TEM-pay) easier to digest than tofu because tempeh is made from fermented soybeans.

Fermentation is a biochemical process that stimulates the production of enzymes that start to break down the carbohydrates, protein, and fat in food, increasing both digestibility and the absorption of nutrients.

Since commercial tempeh in the United States is pasteurized, you will unfortunately not get the benefit of the naturally-occurring probiotics that accompany the lacto-fermentation process, unless you make your own. (Tempeh starter culture can be purchased online, although making tempeh at home is a bit of a project.)

Tempeh is less processed than tofu and is believed to help the body increase progesterone production, which in turn supports female hormonal balance during the menstrual cycle.

Tempeh is incredibly versatile when it comes to cooking and preparing, but unlike tofu, it must be cooked by the consumer and can’t be eaten straight from the package. Like seitan, tempeh is dense and chewy and is sold as rectangular cakes.

Tempeh is an excellent substitute for meat when it comes not just to protein but also to appearance and mouthfeel. Pre-seasoned tempeh is available as tempeh “bacon” or in burger-shaped patties.

You can easily make your own tempeh burgers at home simply by slicing the rectangular slab of plain tempeh in half and baking, broiling or sauteing. Marinating tempeh, for instance, in an Asian blend of tamari, rice vinegar, ginger, and garlic, will add to its flavor and appeal.

When paired with barbecue sauce tempeh can be crumbled and made into sloppy joes, or used in chili instead of meat. My Toasty Tempeh Crumbles are perfect as a substitute for ground meats. Be sure to check out my recipe for Tempeh Asian Lettuce Wraps, they’re delicious, and my overview, Cooking with Tempeh, especially if you’ve never made it before. 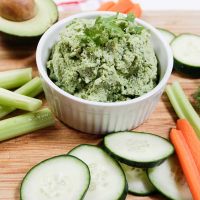 Some come in the pod while others have been hulled (eating directly from the pod can be fun, but the pods are not edible).

For a side dish or edamame salad, you can purchase frozen edamame in the grocery store and cook them as you would other frozen legumes such as lima beans and green peas.

Hulled edamame can be added to green salads, rice or quinoa salads, or vegetable dishes. Your imagination is the only limit when it comes to this high-protein bean.

Roasted edamame is available as pre-packaged high-protein snacks, or, alternatively, you can roast them at home. If you’re concerned about oil, look for dry roasted.

While most recipes call for oil, here’s a simple recipe for dry roasting at home, just edamame, and salt. If a high-protein dip sounds appealing, check out my healthy, low-fat Edamame Dip. A note of caution: if you’re concerned about genetically-modified foods, you’ll want to make sure you get organic edamame because conventional soy is typically GMO.

So there you have it – high-protein vegan plant-based options that can easily be worked into your plant-based lifestyle, some, like seitan, that rival lean beef in protein content. Who knew? And, check out my article, "3 Ways to Cook with Tofu." 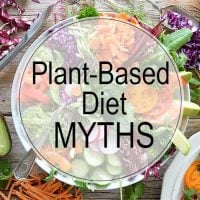