If you joined the revolution to eat a plant-based diet you may have found differing opinions on whether it’s OK to eat processed oils. It’s pretty obvious that plant-based foods are made of plants that include fruits, vegetables, legumes, whole grains, nuts, and seeds. But the true original whole-food, plant-based diet doesn’t include eating processed oils, even olive oil. 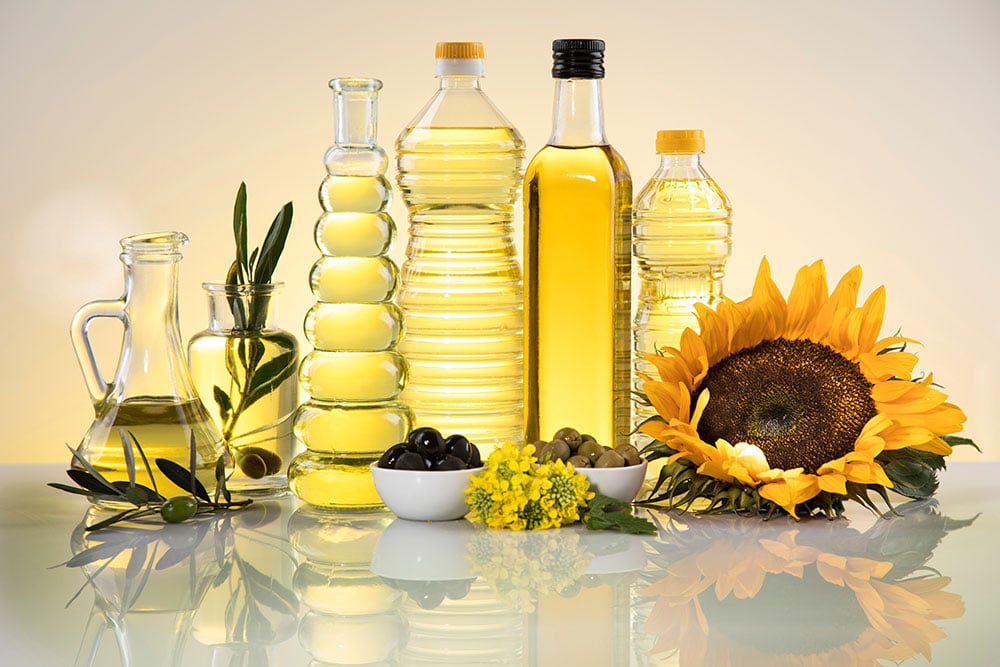 Some people say that a plant-based diet may include some meat or dairy and that the diet is only “based” on eating mostly plants.

The original vegan whole-food, plant-based, no oil advocates say that processed oil is not a whole food and therefore should not be eaten on a healthy plant-based diet. That’s where plantbasedcooking.com falls.

And, there’s the plain-ol “vegan” diet which means you can eat anything that’s not of animal origin but it may include many unhealthy foods such as white flour, packaged sweets such as donuts, candy, or cookies. And, would also include many vegan substitutes such as sausages, burgers, deli meats, and plant milk.

Why No Oil? Weight Gain and Very Little Upside

The argument over whether it’s a good thing to include oils in your diet is a heated topic and still rages on. The no-oil proponent argument goes like this:

However, there’s some evidence that olive oil has beneficial nutrients. Two new studies (1) (2) revealed that replacing margarine, butter, mayonnaise, & dairy fat with olive oil was associated with a lower risk of mortality. This seems pretty obvious that olive oil would be better.

What’s not clear is if adding olive oil to a whole-food, plant-based, no oil diet is beneficial, as well.

This topic really deserves its own article. Whatever your point of view, eating more processed foods that contain oils only adds extra calories… 120 per tablespoon to be exact. And, eating oils can be a huge source of weight gain.

Oils are hidden in lots of vegan “plant-based” foods and unless you are strictly eating whole foods (nothing packaged or canned), you should be aware of these bad boys.

I’m not against including packaged or canned foods in a plant-based diet. In fact, I wrote a whole article on it called, Should You Eat Packaged Food on a Whole Food, Plant-Based Diet?

However, it’s important to become a label reader so you’ll know exactly what you’re eating.

While there are many packaged foods that can be used on a whole-food, plant-based no-oil diet, we’d want to steer clear of most. Here are a few that are enticing, but can be replaced with homemade oil-free versions.

Think WEEKLY MEAL PREP and you’ll be ahead of the game.

This topic is near to my heart because, well, I have given in to eating some less-than-healthy vegan foods myself for convenience. It’s too easy to put on weight not to mention the effect it may have on my cardiovascular system. I’m declaring right now it’s going to stop.

As a side note, you should also be aware that many plant-based bloggers look good on the outside. They have “Plant-Based” in their name but if you look closely at their recipes, many of them contain oil or white sugars and too much salt.

What the heck are supernormal stimuli you may be asking. Here’s Wikipedia’s definition, “A supernormal stimulus or superstimulus is an exaggerated version of a stimulus to which there is an existing response tendency or any stimulus that elicits a response more strongly than the stimulus for which it evolved.”

When it comes to processed foods manufacturers design them to illicit an above and beyond normal response…. these foods taste absolutely awesome and nothing like you’d find in nature. How are we supposed to resist that? Think Cheetos, Doritos, or any products that have lots of fat, salt, or sugar.

Are you getting the picture? It’s very hard to stop eating these types of packaged foods and that’s why we avoid them. Luckily our tastebuds can adjust back to normal so food from nature still tastes delicious. I point this out so you know what you’re up against. Remember this the next time you’re tempted by your favorite ice cream.

I personally can’t have these types of foods in the house and that’s a good strategy. Don’t buy them!!

Here’s just a small list of some of the foods, while seemingly innocuous won’t serve your health the way you’re hoping. If I’ve missed anything, please add your suggestions in the comments below.

While it’s tempting to purchase store-bought mayonnaise, it is always made with some kind of oil. It doesn’t really matter which kind, they all contain around 120 calories and 14 grams of fat! Phew… that IS a lot.

Instead, make a weekly habit of making your own mayonnaise to use on sandwiches or in dips. It’s also used to make egg-free salad recipes such as this Tofu “Egg” Salad, Tempeh Salad Sandwich, or Chickpea Salad.

I’ll admit that making homemade versions of these foods is more work than just purchasing them from the market. Think about what our ancestors went through to get food on the table. We still have so many conveniences that make cooking easier so be thankful for that.

But do get on board to make your very homemade versions of delectable foods.

I have a recipe for yogurt right here on the website, Homemade Soy Yogurt. It’s so satisfying to accomplish this task and then you’re set for the week. Homemade yogurt can be used in dressings, to top oatmeal or a baked potato, or in smoothies.

I purchased a yogurt maker specifically for making yogurt that actually keeps the yogurt cool after it’s cooked if needed, but there are other ways to accomplish this. You can make homemade yogurt in an Instant Pot, too, did you know?

Sour cream and yogurt are pretty darn close in flavor in my book so you can substitute them in recipes or make your very own sour cream.

There is a boatload of different types of plant milk in the market but I know of only a few brands that are made without oil or other additives like emulsifiers.

You might consider making your own plant milk. I’ve successfully made almond milk with my high-speed blender. You can read my article for more inspiration, Three Great Reasons to Make Your Own Almond or Other Plant Milk.

If you’d like assistance making any kind of plant milk from almond, flaxseed, hempseed or oat to even homemade soy milk, which takes some heating, you should consider this individual plant milk maker called The NUTR. In a matter of minutes, it makes 8-13 ounce servings of plant milk at a time and has a sleek and compact design.

They sent me their newest model in black and I’m going to post an unbiased review. It looks promising. Look for my review soon.

Vegan cheese does become a little more challenging to make and from what I know, real dairy-made cheese is one of the hardest items for people to give up when switching to a vegan diet. Admittedly, store-bought vegan cheeses are getting pretty darn tasty.

All are made with oil and usually coconut oil, which is, unfortunately, saturated fat. If you must and are trying to help your family or friends switch to a plant-based diet, serve store-bought only on special occasions.

Or, get into the challenge of making your very own. I have a couple of cheese sauce recipes, Cashew Cheese Sauce, and Cauliflower No Cheese Sauce. And, there’s this delicious crowd-pleaser, Chili Cheese Dip.

I’d like to tackle making sliceable, meltable vegan cheese in the near future. In the meantime, you might check out these books. I can’t say if these cookbooks include oil in their recipes, but they might be worth a look.

Meat substitutes have gotten better than they used to be but I know of only ONE brand that doesn’t have any added oil. That’s the No Evil Foods brand which is quite tasty.

My new recipe, Vegan Maple Breakfast Sausages, is something you could try but be sure to stay away from the Beyond Burger, the Impossible Burger, or any number of new plant-meat substitutes like sausage or chicken nuggets.

These products are made for vegans and people that are wanting to cut down on their meat consumption which really is a good thing if you’re just starting this way of eating. But, for us whole food, plant-based eaters these are a no-no, full stop.

I know you can find other delicious meaty plant-based recipes such as my BBQ Meatloaf, Black Bean Mushroom Burger, or “Chicken” Nuggets.

It might take a little sleuthing to find others that are made without oil. Or, consider making your own crackers. I have a recipe in my cookbook, The Everything Plant-Based Meal Prep Cookbook, and I plan to share more variations on the website soon.

There are a variety of ways to make your own including ones with baked sweet potato or pumpkin, ones made with quinoa, chickpea flour, and more.

Here’s another reason to become a label reader, oils in bread. It’s pretty pervasive so it’s best to check the label. Let me know if you find other brands.

You can make your own homemade bread if you’re motivated. I’ve gotten into making sourdough bread and it’s fun but it is time-consuming so you be the judge here.

Ooo, this is a tough one. Give up chocolate? Not likely. So what’s a chocolate-lover to do?

One solution is to use sugar and oil-free dark chocolate nibs. They are delightful in smoothies or pancakes and other foods that don’t put them front and center. They are bitter but the taste is hidden when combined with the other ingredients.

You can also use cocoa or cacao powder in recipes. For example, brownies, cookies, puddings, smoothies, and chocolate hummus (very delicious, btw). Here are a few more chocolate recipes to keep you sane:

Can you tell I love chocolate?

I’m sorry to say that store-bought pasta almost always has added oil. I haven’t purchased it recently but Trader Joe’s has an oil-free spaghetti sauce. Otherwise, try my marinara sauce recipe for an oil-free version.

What Have I Missed?

This is not the last word on products that have added oil. I know there are more so let me know in the comments what I’ve missed or what you’ve had a hard time giving up. I’m rooting for you to meet your health goals and cutting out hidden sources of oil is a good goal! 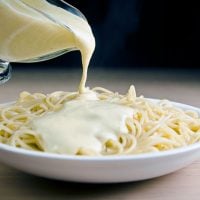 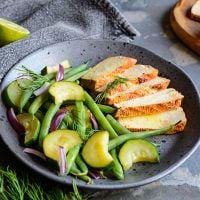 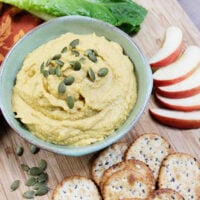